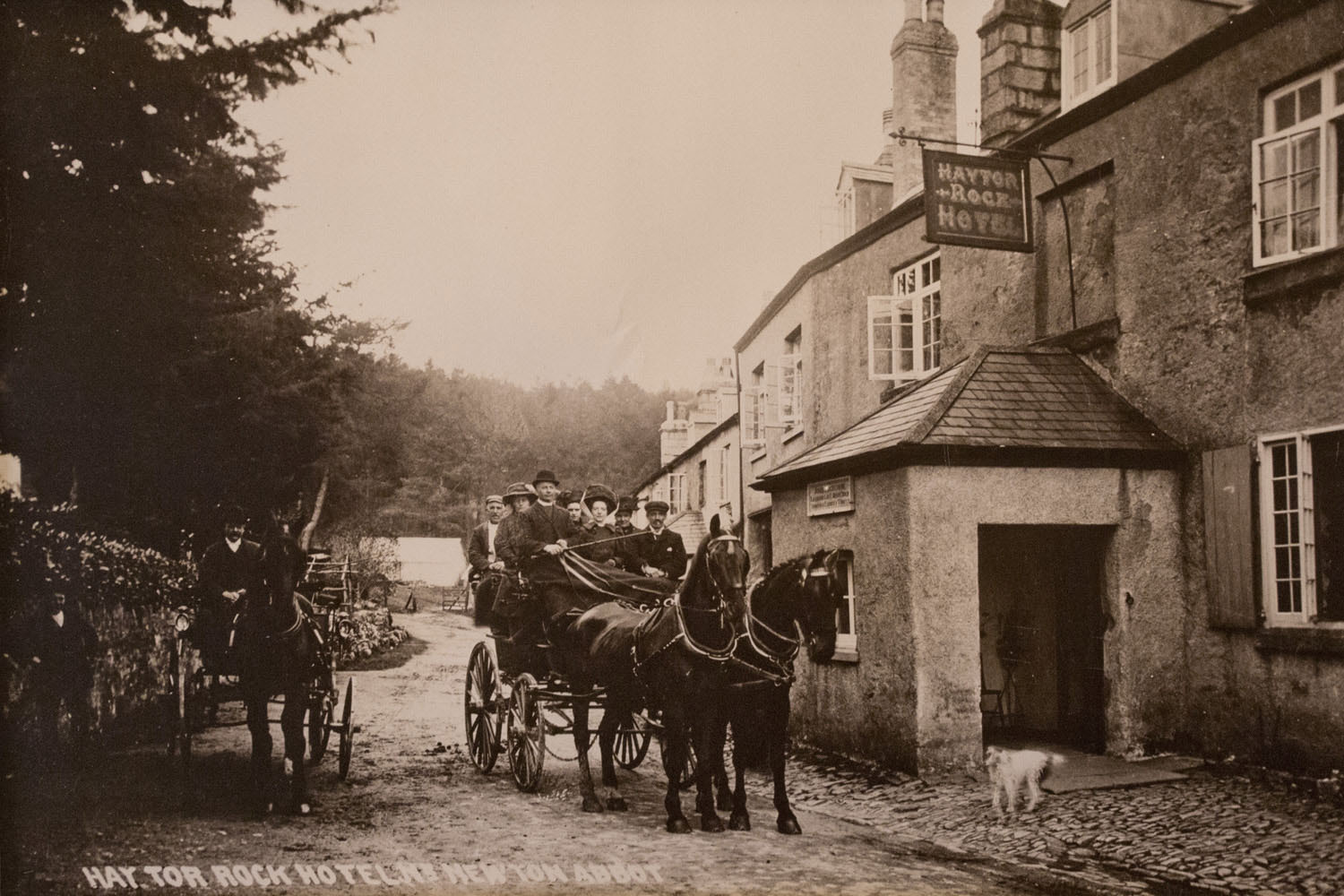 The Inn was constructed in the 1820s along with the row of cottages it sits central to. Until the early 19th century Haytor Vale was a smallholding of Smallacombe Farm called Kennapark Wells. The history of The Rock Inn is related directly to the economic and industrial developments in the area around Haytor in the 19th Century.

The story begins in 1722 when James Templer was born in Exeter. Orphaned at the age of six, he was educated locally and then apprenticed to an Exeter carpenter. In 1745 he married Mary Parlby of Rotherhithe and set up business as a House Carpenter. Over time he made a fortune working on government contracts in most of the Royal Dockyards, especially at Portsmouth and Plymouth. In 1765 he purchased the run-down Stover estate near Newton Abbot, built the new Stover House (now Stover School) and set about renovating his estate.

In 1792 his son, James II, built a canal between Teigngrace and the tidal River Teign at Newton Abbot. This, the Stover Canal, was built to carry clay for export from workings on his land via Teignmouth Docks. In 1820 James II's son, George Templar, started to extract high quality granite from several quarries on the northern slopes of Haytor Down. With this development he built a granite tramway from Haytor to link with the canal in order to export the granite being extracted from his Dartmoor quarries. At the same time arranged for the construction of a row of cottages to house the quarry workers and The Rock Inn was also built at the same time. Due to its durable nature the tramway is still visible today but once the granite quarries became uneconomic during the 1850s the tramway was no longer used. For keen walkers it is possible to trace the meandering path of the tramway across the moor. Situated to the north of Haytor, the track is still clearly visible and reasonably easy to follow as part of a walk. (Click here for a PDF on the Templar Way). Haytor granite was used in the construction of London Bridge which opened in 1831 and was moved in 1970 to Lake Havasu City in Arizona. The last rock was quarried in 1919; it was used for the Exeter War Memorial.

Also in the Inn's direct area there was much mining. A footpath known as the Church path behind the Inn, leads through mature beech woodland to Smallacombe and on through Trumpeter to Ilsington Parish Church. The entrance to the old iron mine can be found after a short walk along the path that runs down the combe (5 mins walk from the Inn) just before a fork and a turnstile. Between the 1850s and about 1910 many thousands of tons of iron ore were taken from this mine and in its most productive years it employed over 80 workers.

Little official history of The Rock Inn exists today. The deeds for the 'Haytor Buildings' (including the cottages in Haytor Vale) can been seen hanging on the walls of the 'Monks' table and a Guestbook dated from 1903 to the closure due to war in 1940 is still at reception today and makes a very interesting historical document. The building has always been privately owned, family-run and operated as an Inn. The current Graves family have owned and cherished the Inn since 1983. 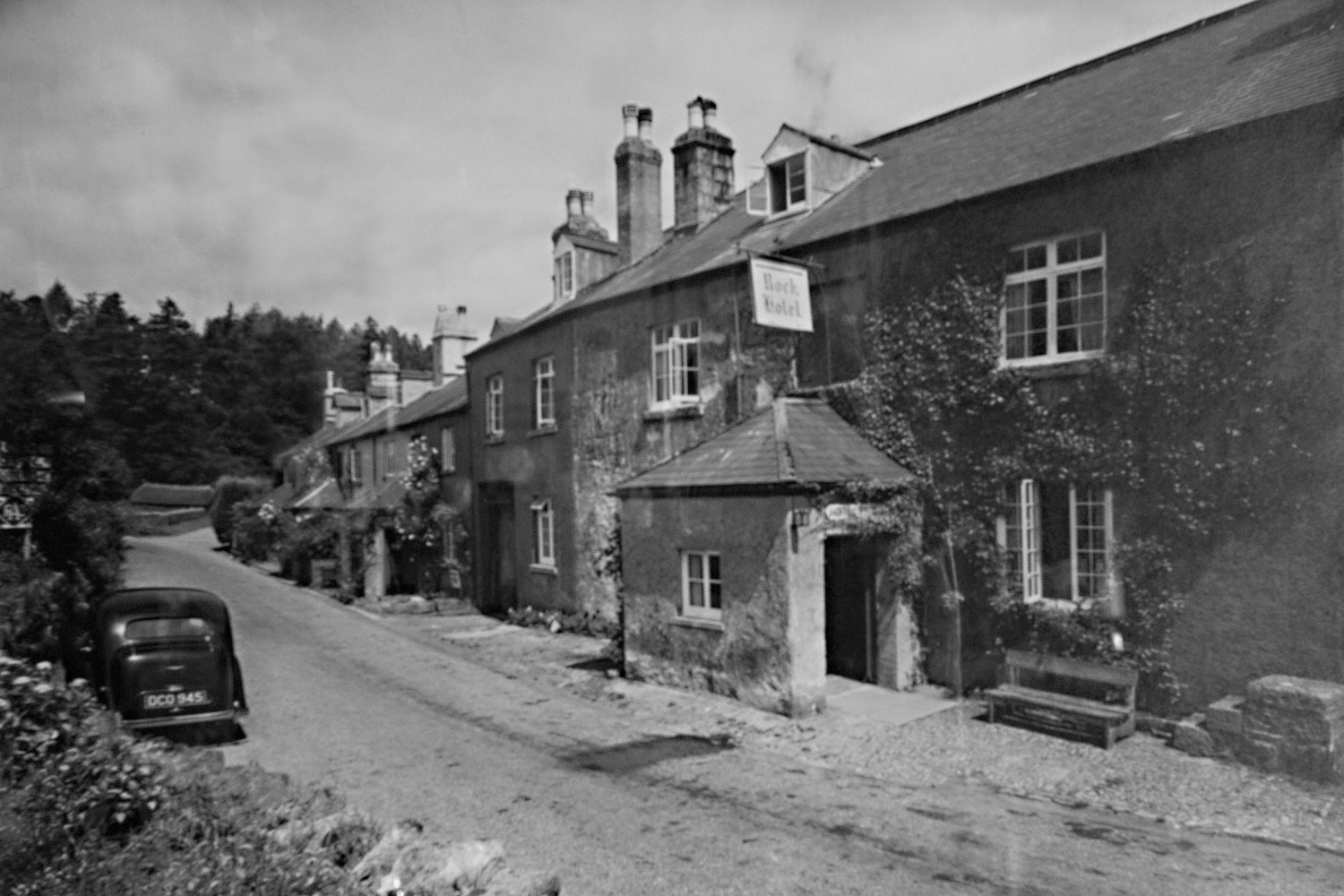