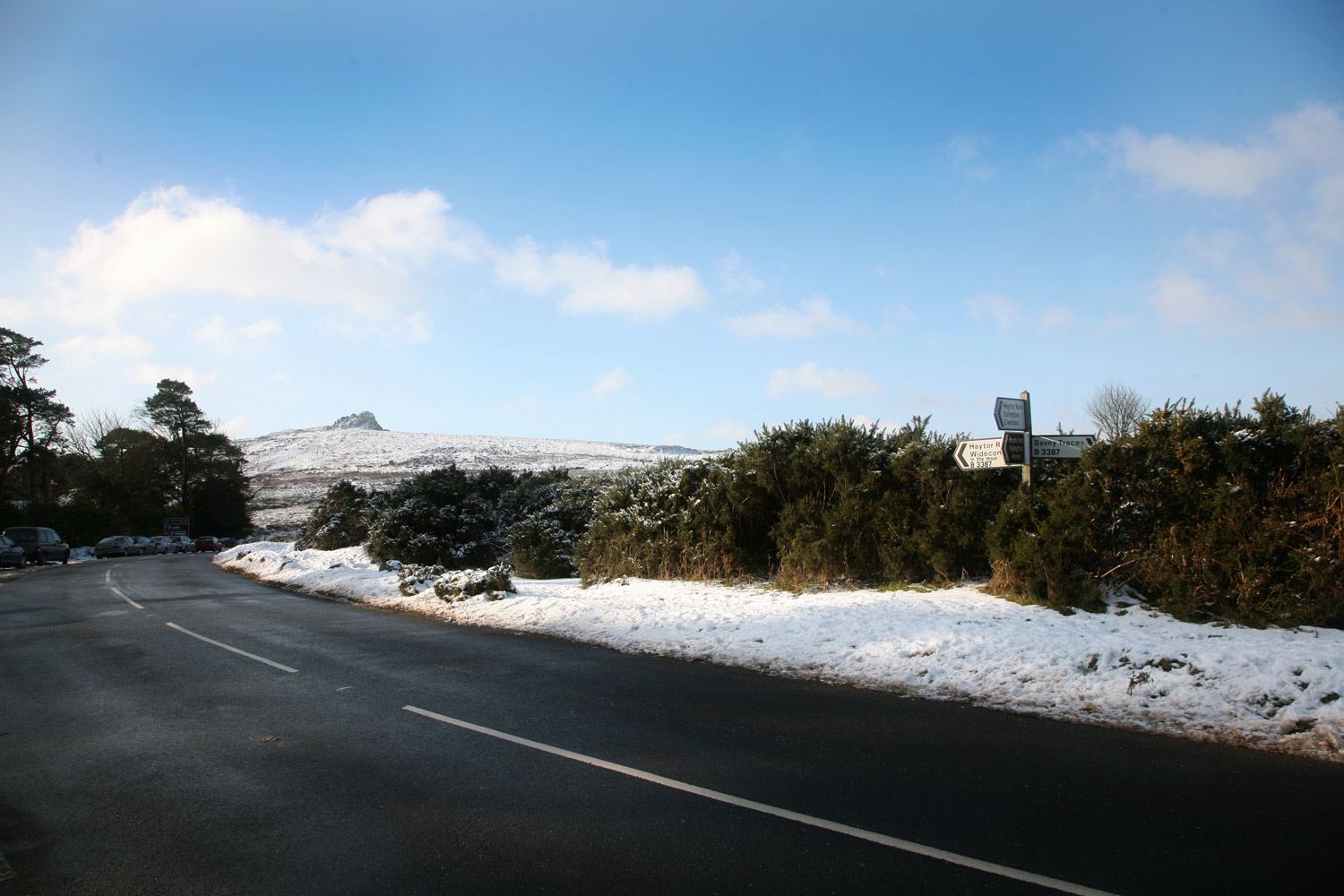 The granite which forms the uplands dates from the Carboniferous Period of geological history. The moorland is capped with many exposed granite hilltops known as tors, providing habitats for Dartmoor wildlife. The highest point is High Willhays, 621 m (2,037 ft) above sea level. The entire area is rich in antiquities and archaeology. Dartmoor is managed by the Dartmoor National Park Authority, whose 22 members are drawn from Devon County Council, local district councils and Government.

Tors: It is the largest area of unglaciated upland in Great Britain, with an immense granite surface and a variety of features of geological interest. The landscape of Dartmoor is characterised by the granite tors, which have been formed by the weathering of the granite over the last ten million years. A tor is described by geologists as the hard granite core of a higher mountain range of softer rock, which has eroded away. Granite is the most common intrusive igneous rock. This forms when magma from inside the Earth spills out through volcanoes or gaps in the crust, and sets on the surface.

Rivers: The high ground of Dartmoor forms the catchment area for many of Devon's rivers. As well as shaping the landscape, these have traditionally provided a source of power for moor industries such as tin mining and quarrying. The moor takes its name from the River Dart, which starts as the East Dart and West Dart and then becomes a single river at Dartmeet. It leaves the moor at Buckfastleigh, flowing through Totnes below where it opens up into a long ria, reaching the sea at Dartmouth.

Bogs: Much more rain falls on Dartmoor than in the surrounding lowlands. As much of the national park is covered in thick layers of peat (decaying vegetation), the rain is usually absorbed quickly and distributed slowly, so the moor is rarely dry. In areas where water accumulates, dangerous bogs or mires can result. Some of the bogs on Dartmoor have achieved notoriety. Fox Tor Mires was supposedly the inspiration for Great Grimpen Mire in Conan Doyle's novel The Hound of the Baskervilles, although there is a waymarked footpath across it.

See also History of the Inn.

Prehistoric remains are prevalent across the landscape of Dartmoor, the durability of granite being a contributory factor in their survival. Man has inhabited Dartmoor since the Early Bronze Age, and having a slightly more temperate climate than it has today, the moor was a desirable place to live. The predominance of hut circles are an indication that Dartmoor was one of the most densely populated areas of North West Europe at this time. The remains of a medieval village can be found between Greator Rocks and Hound Tor.

The wildlife of Dartmoor is of international importance, and the blanket bogs, upland heaths and oakwoods, hay meadows, hedgebanks and lowland heath, support a wide range of species. These include the Otter; Dormouse; Greater Horseshoe Bat; Buzzard; Golden Plover; Red Grouse; Ring Ouzel; Cirl Bunting; Skylark and Woodlark. The diverse variety of species evident on Dartmoor encompasses the prolific through to several rarities, which are globally threatened and have consequently been identified for conservation projects.

Dartmoor is known for its myths and legends. It is reputedly the haunt of pixies, a headless horseman, a mysterious pack of "spectral hounds", and a large black dog, among others. During the Great Thunderstorm of 1638, the moorland village of Widecombe-in-the-moor was even said to have been visited by the Devil.

Many landmarks have ancient legends and ghost stories associated with them, such as the allegedly haunted Jay's Grave, the ancient burial site of Childe's Tomb, the rock pile called Bowerman's Nose, and the stone crosses that mark former mediaeval routes across the moor. A few stories have emerged in recent decades, such as the "hairy hands", that are said to attack travellers on the B3212 near Two Bridges;[17] and the "Beast of Dartmoor", a supposed big cat.[18]

Dartmoor has inspired a number of artists and writers, such as Sir Arthur Conan Doyle in The Hound of the Baskervilles and The Adventure of Silver Blaze, R. D. Blackmore, Eden Phillpotts, Beatrice Chase, Agatha Christie, Rosamunde Pilcher, Laurie King, and the Reverend Sabine Baring-Gould. In Harry Potter and the Goblet of Fire, the fictional 1994 Quidditch World Cup final between Ireland and Bulgaria was hosted on the moor. 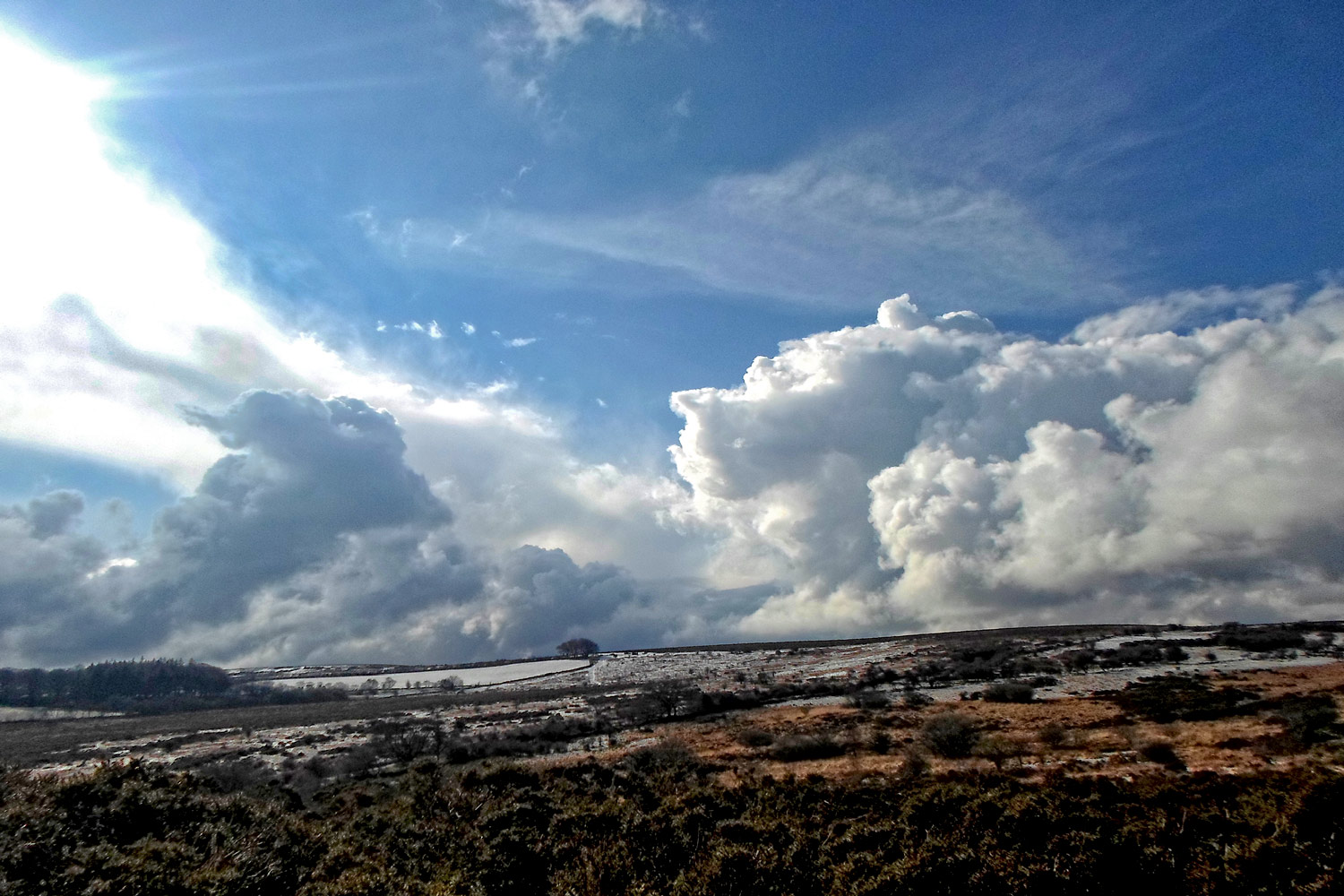 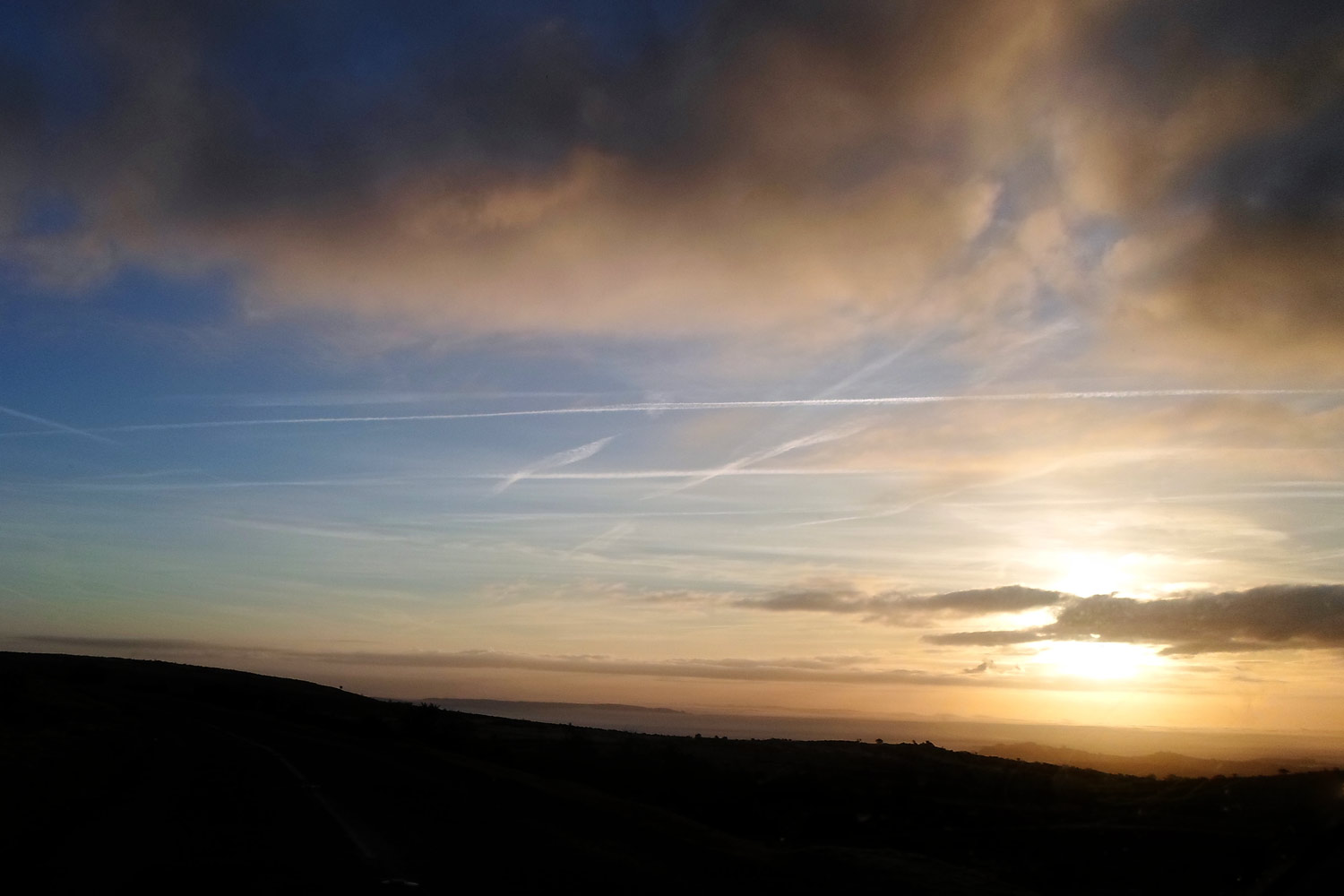 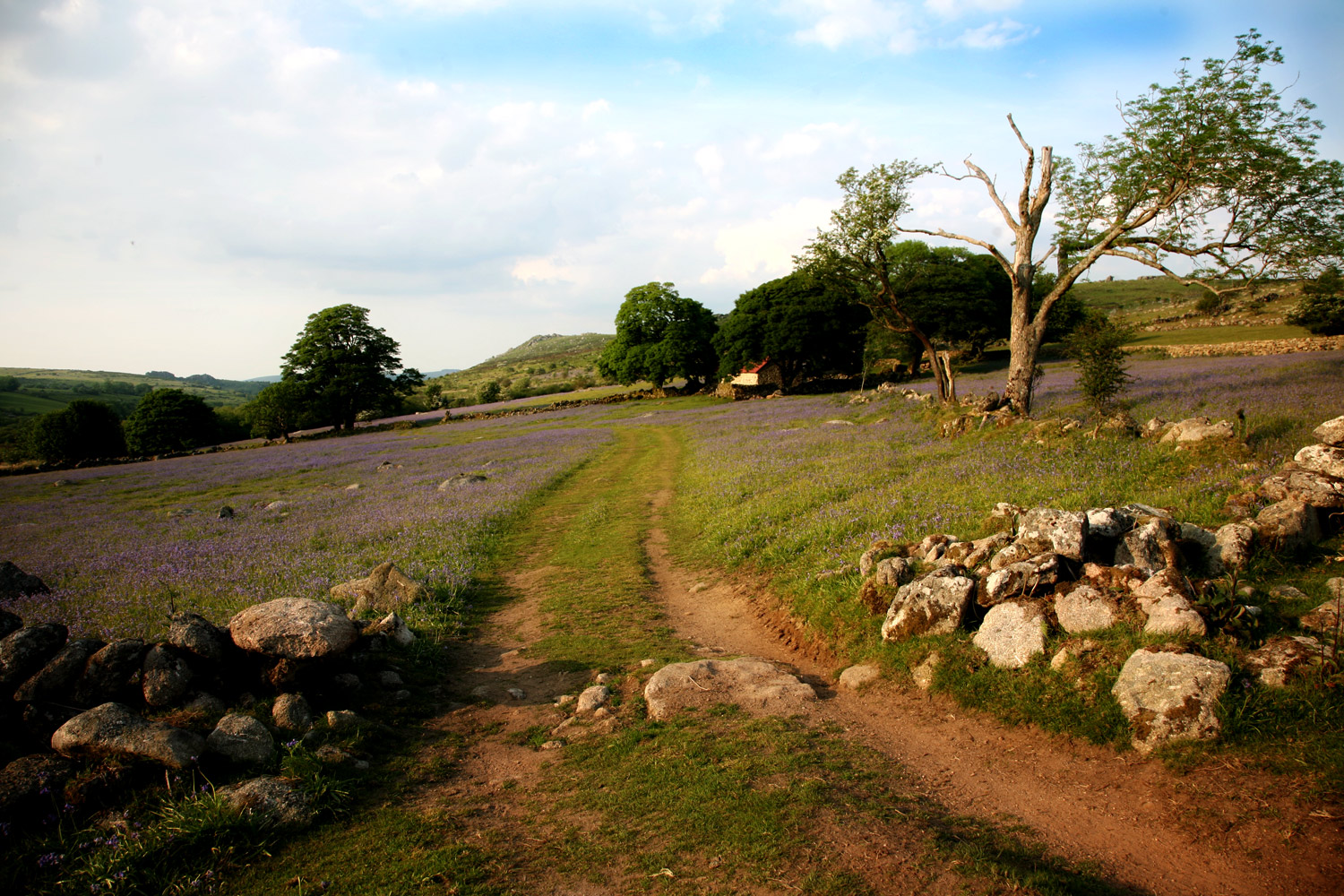 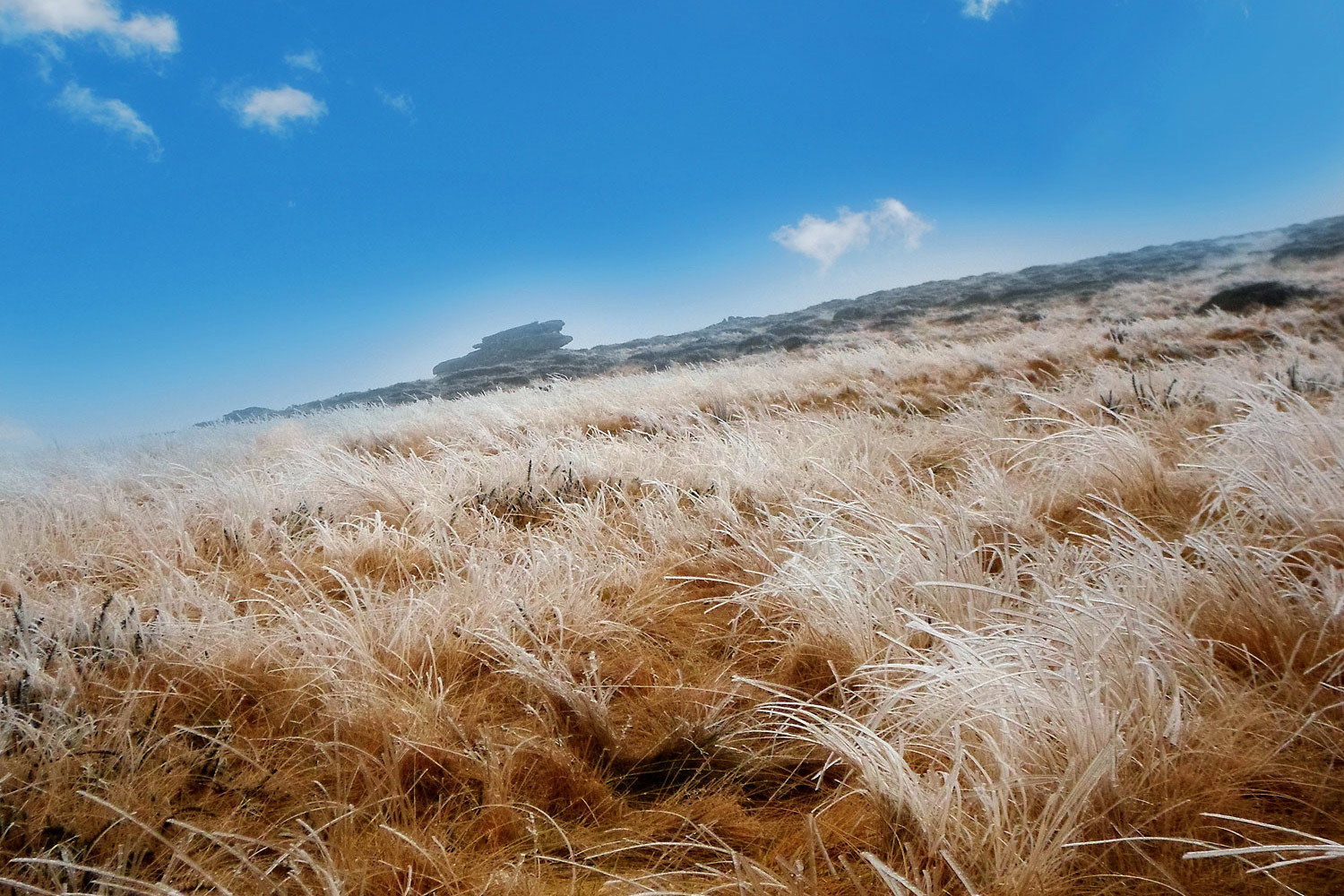 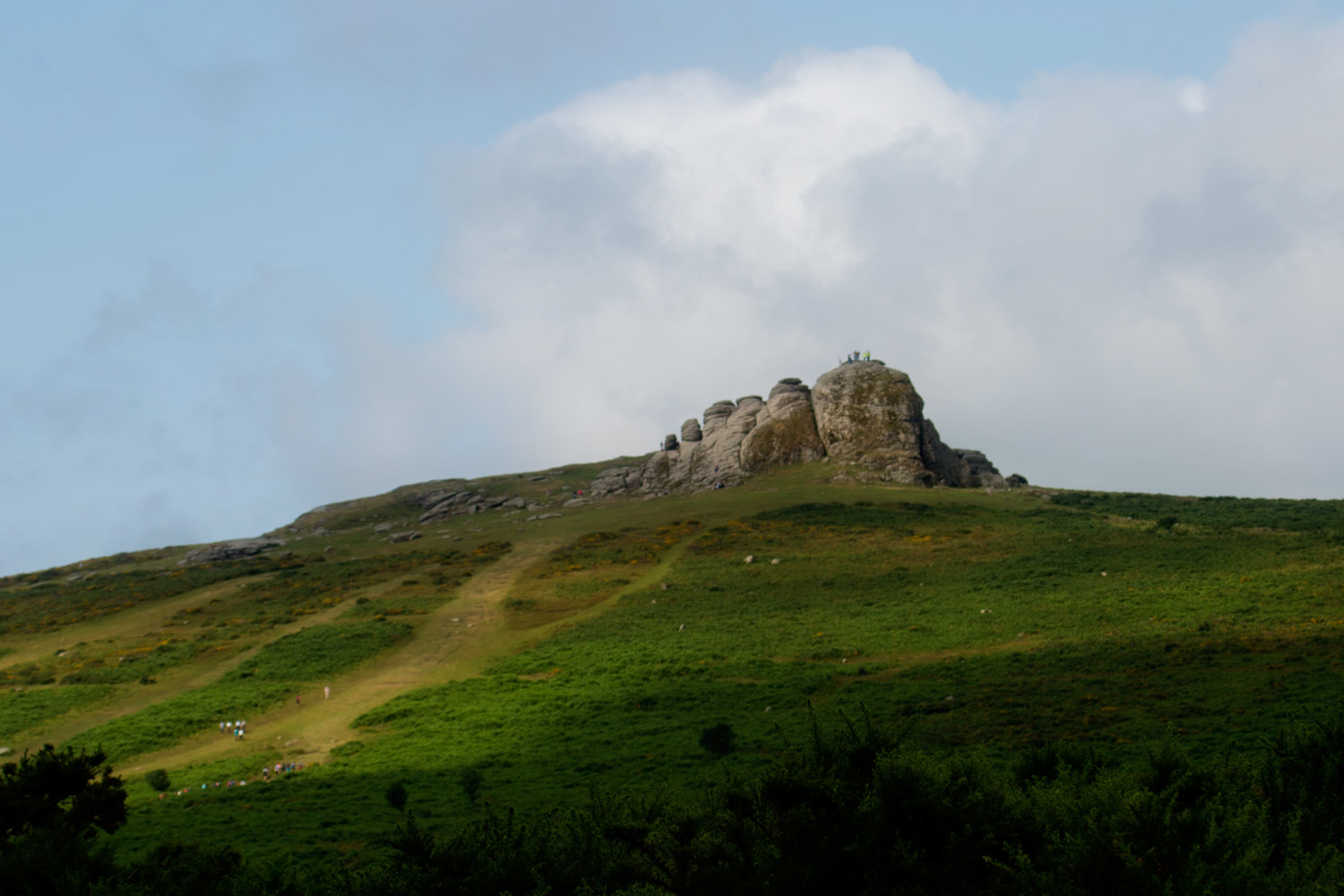 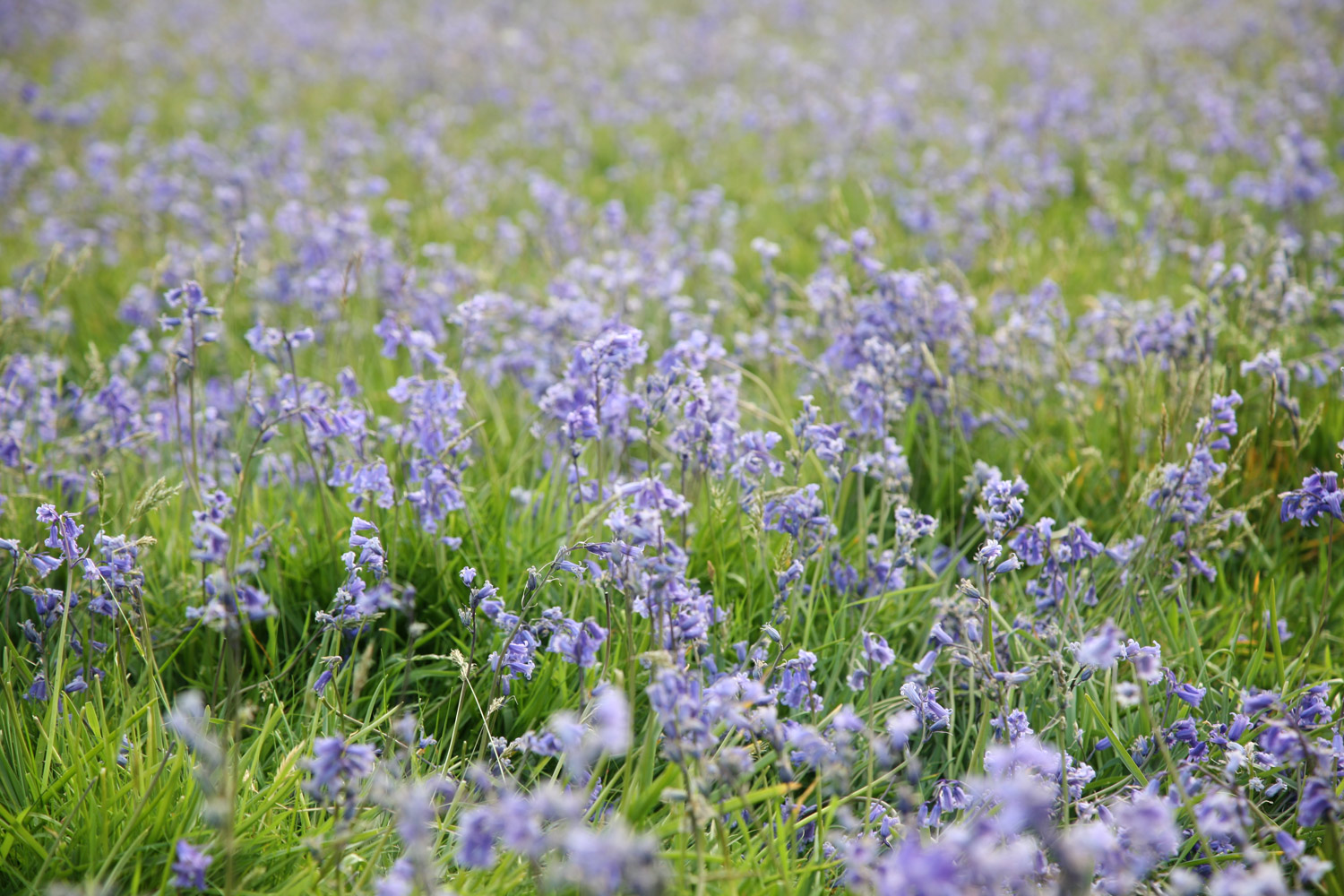 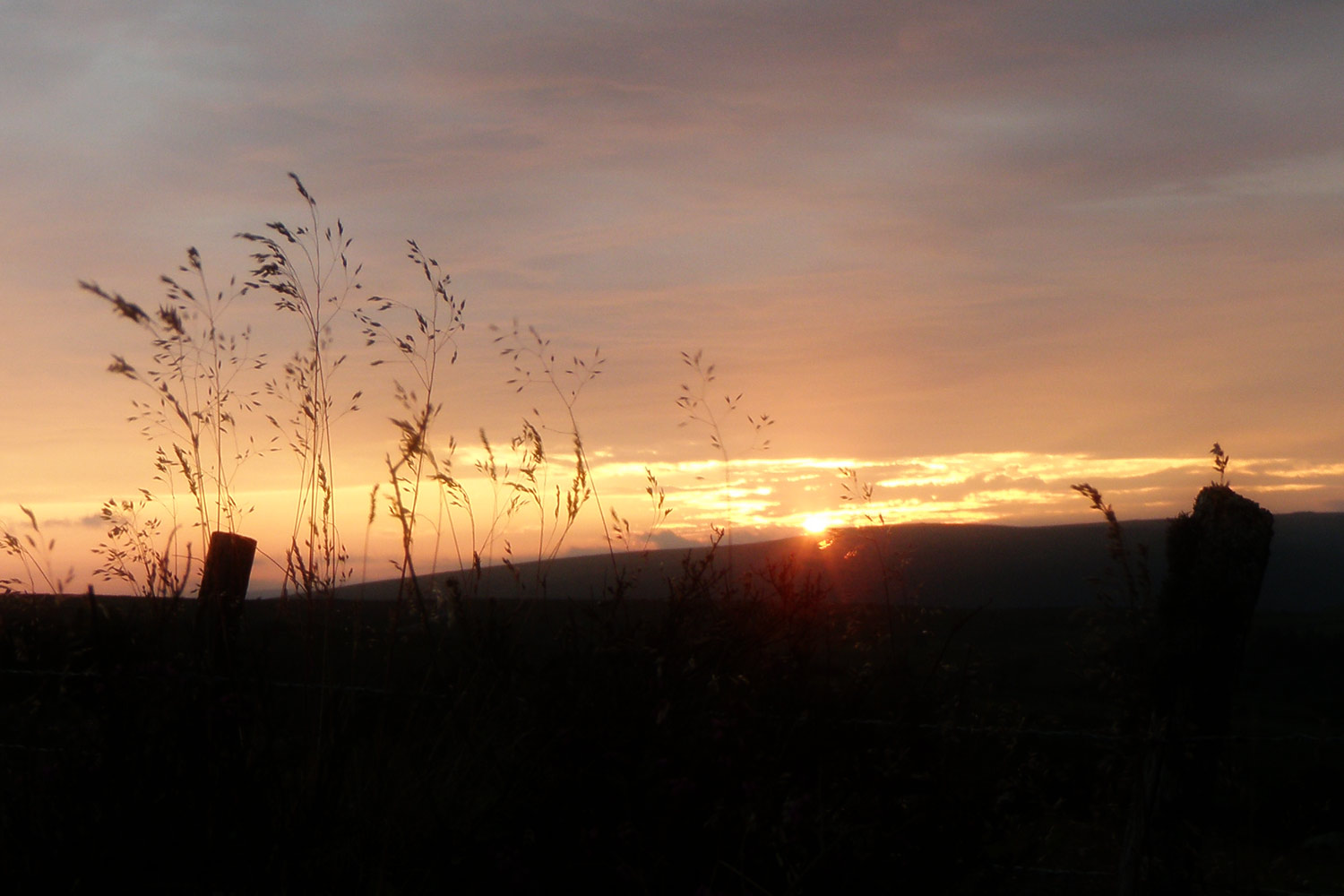 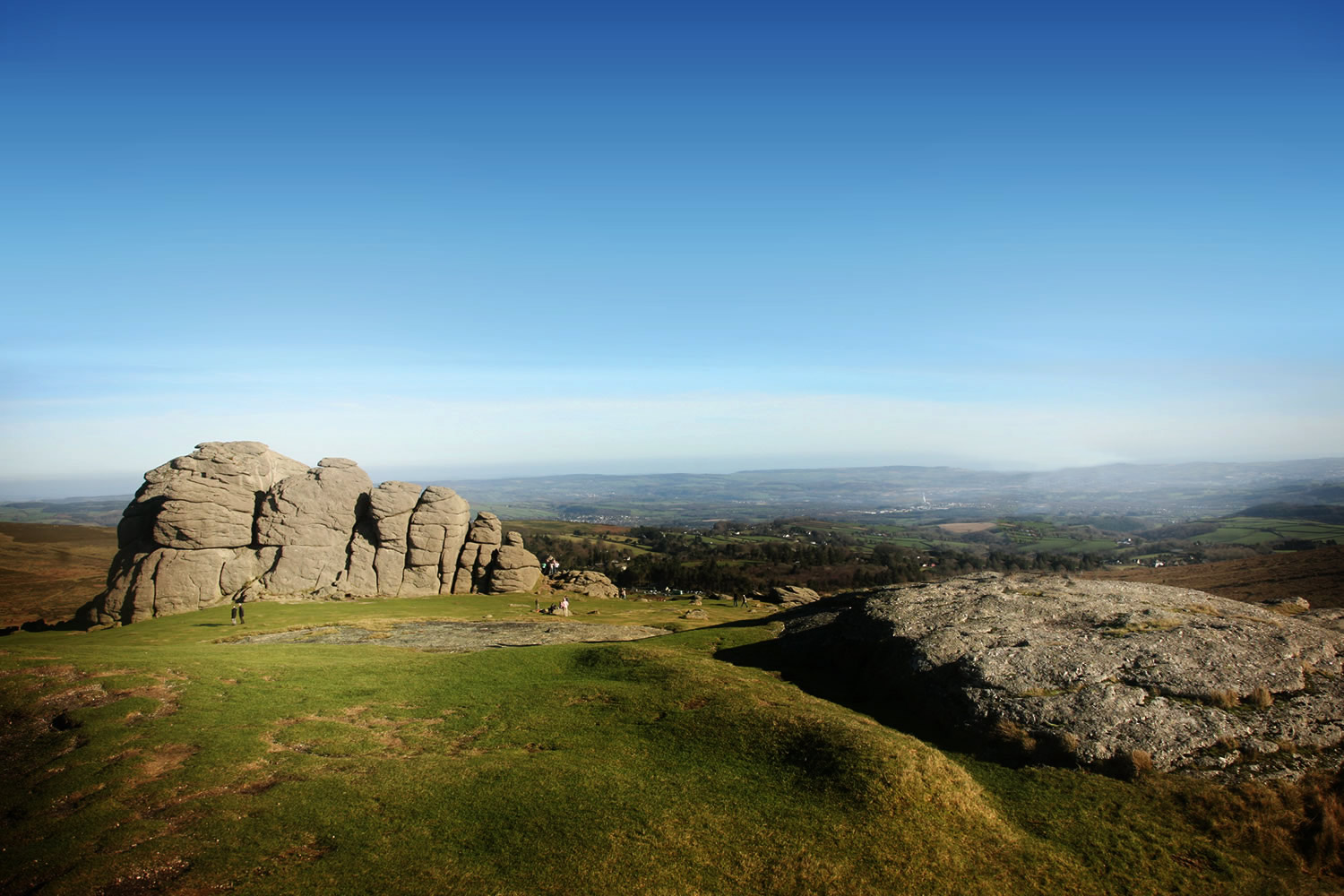 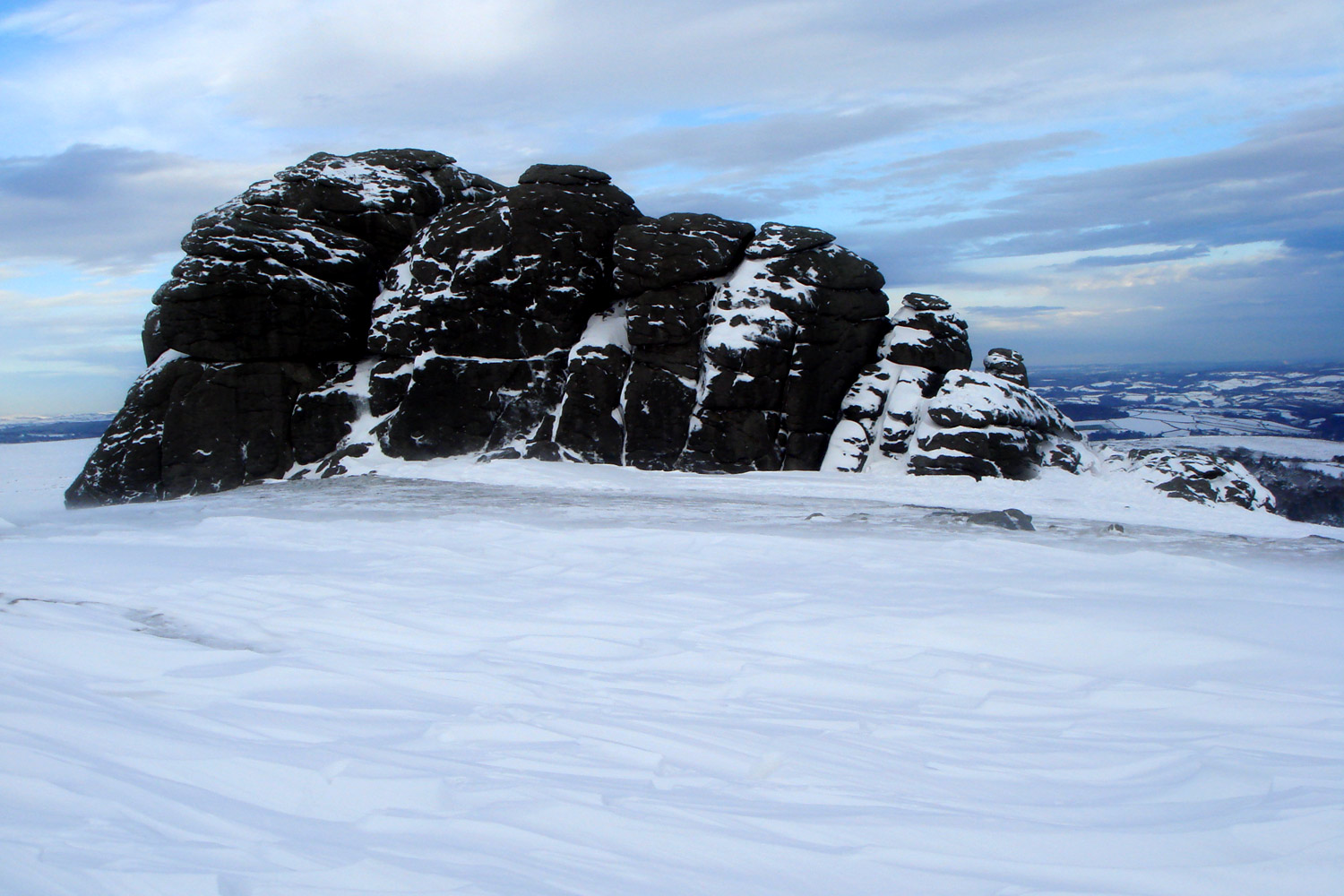 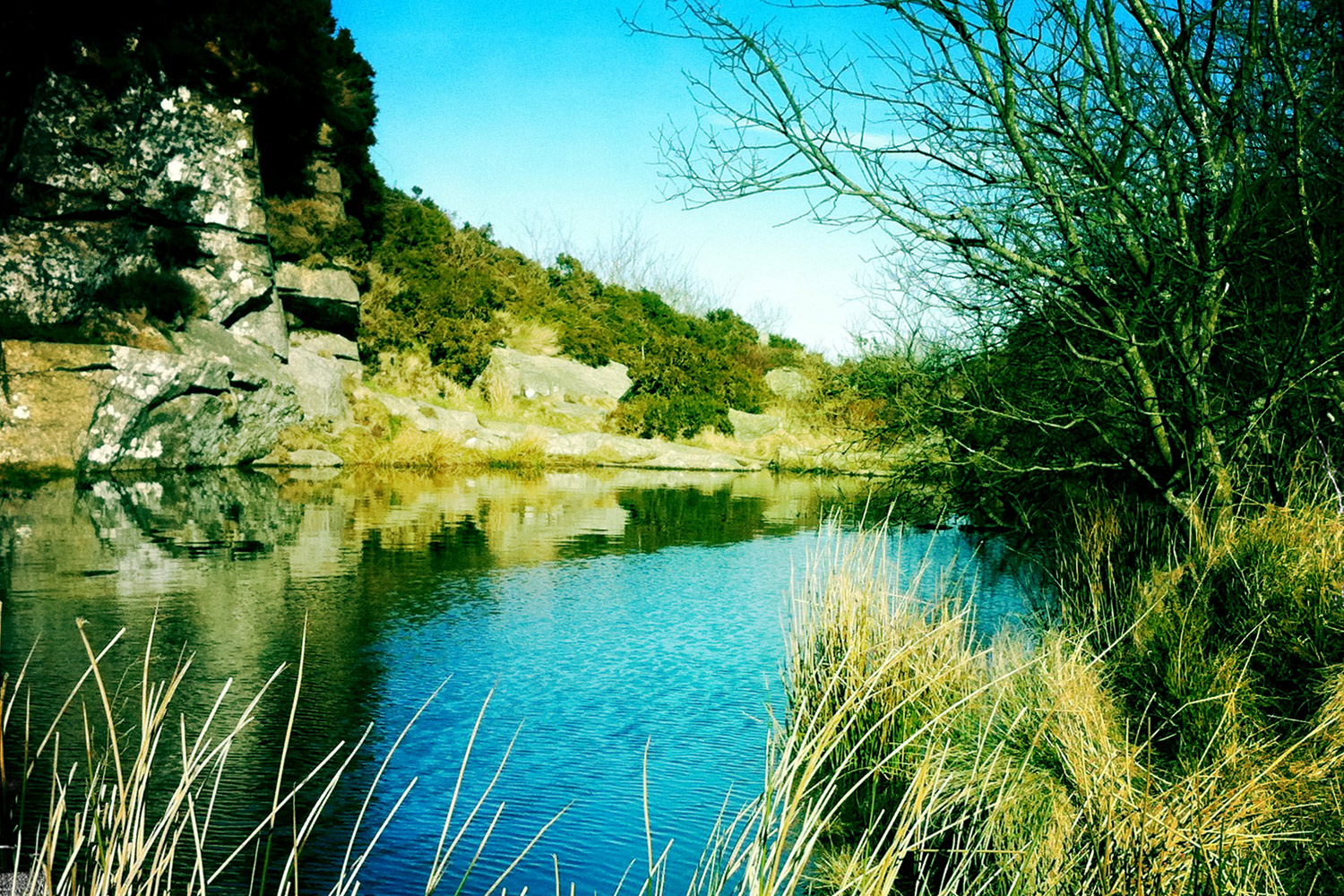